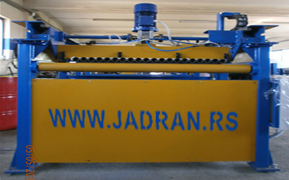 Mechanical system is made of the following mechanical assemblies:

2) Auxiliary arm:
Auxiliary arm enables transfer of longitudinal chord from the storage to the main arm. 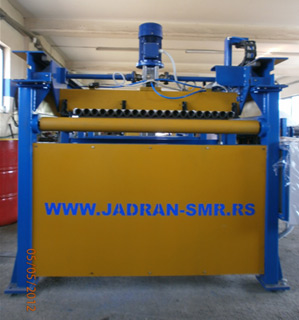 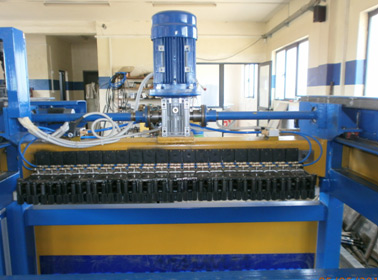 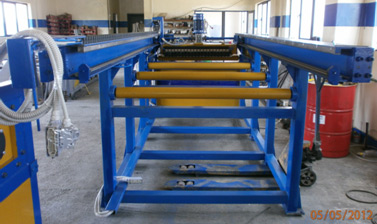 3) Main arm:
Accepts longitudinal chord from auxiliary arm and puts it into the tool for electro-resistant welding of the press with preset stepping. 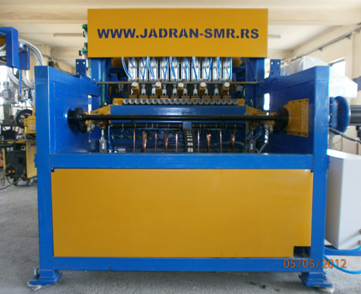 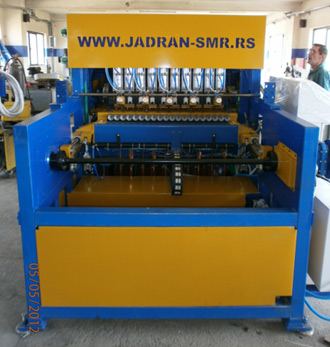 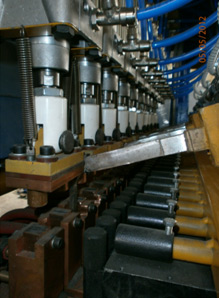 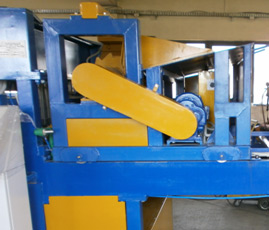 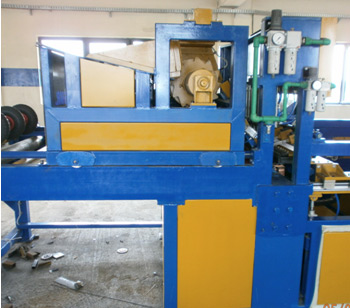 6) Ejector:
It ejects netted chord from the press to the unloading mechanism for reception of finished chord. 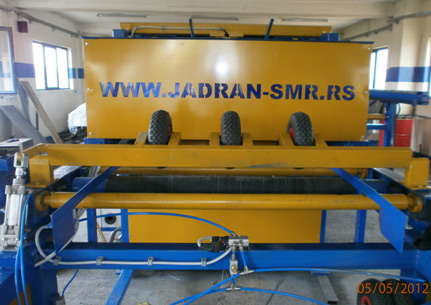 Energy-controlled system is made of the following assemblies:

8) Energetic mechanism:
Transformers with installed electro-motors on the line. 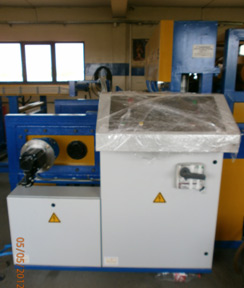